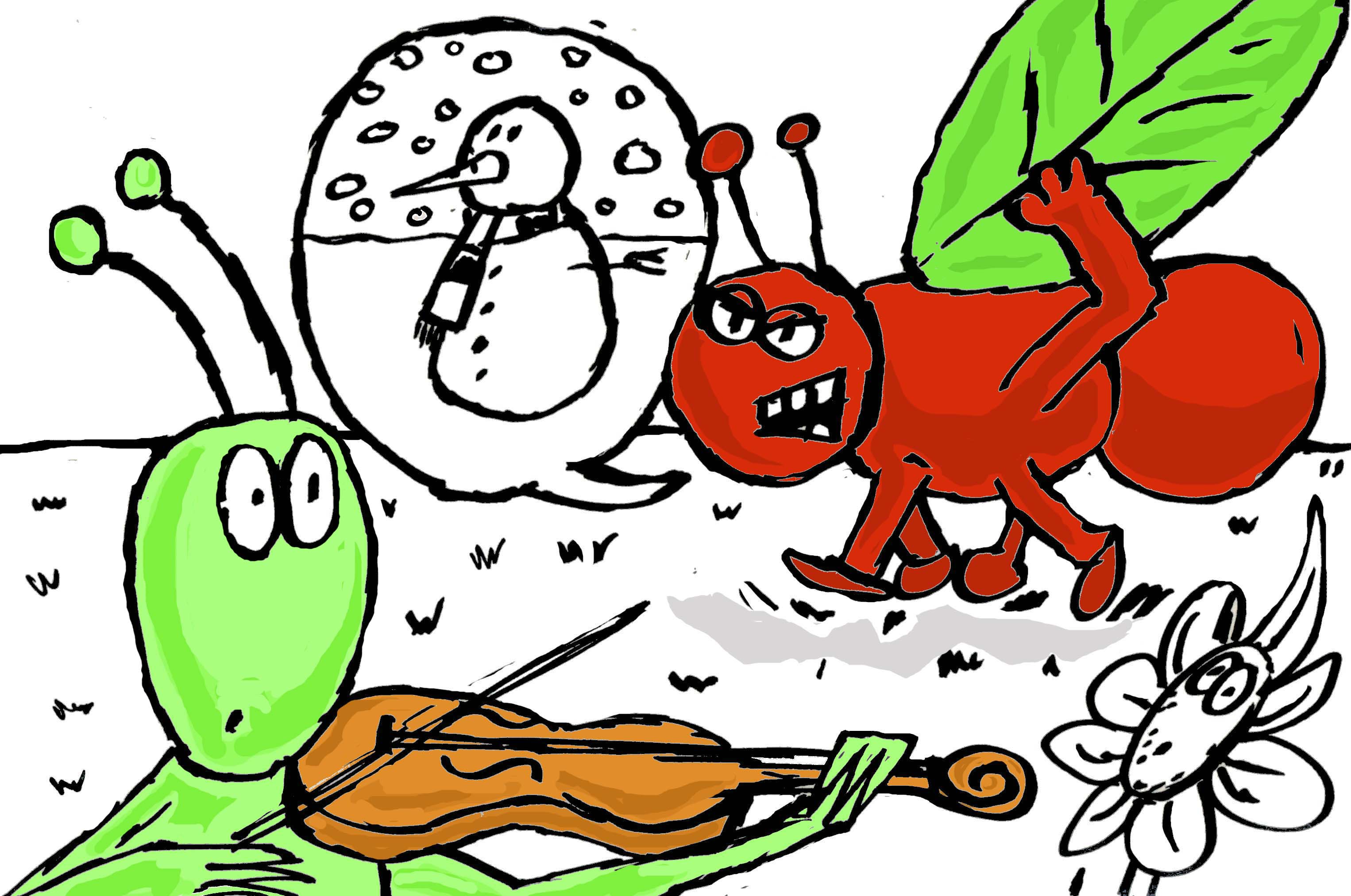 The Ant and the Grasshopper

Ant and Grasshopper Audio Part I

Grassy Hopper spent his long summer days
Come rain or shine or smoggy heat haze
Perfecting his play on his old violin
Perfecting his Bach and his Beethoven
And other composers, eclectic and various
He nailed them all down on his old Stradivarius

They say Grassy Hopper was at one with his bow
And his beautiful music filled up the meadow
He played for the lilies and the flowers of the field
The marching band, confused, did they yield
Everyone heard as they went on, enraptured
Everyone’s ears and souls had been captured
All except one, who muttered and grumbled
As he sweated and laboured and dragged and he stumbled
All except one, who would pant and would rant
The one, Mr Anthony Laborious Ant

He had no time for music or song
Anty worked hard the whole summer long
Summer was no time for playing or rest
Summer was prime time for filling his nest
With anything edible, for these words he said
Get working! An incredible winter’s ahead!
This field that you see will be all rain and ice
There won’t be a leaf or one small grain of rice
If I had some bones I would feel it in them
It’s boiling right now, but will be minus ten!