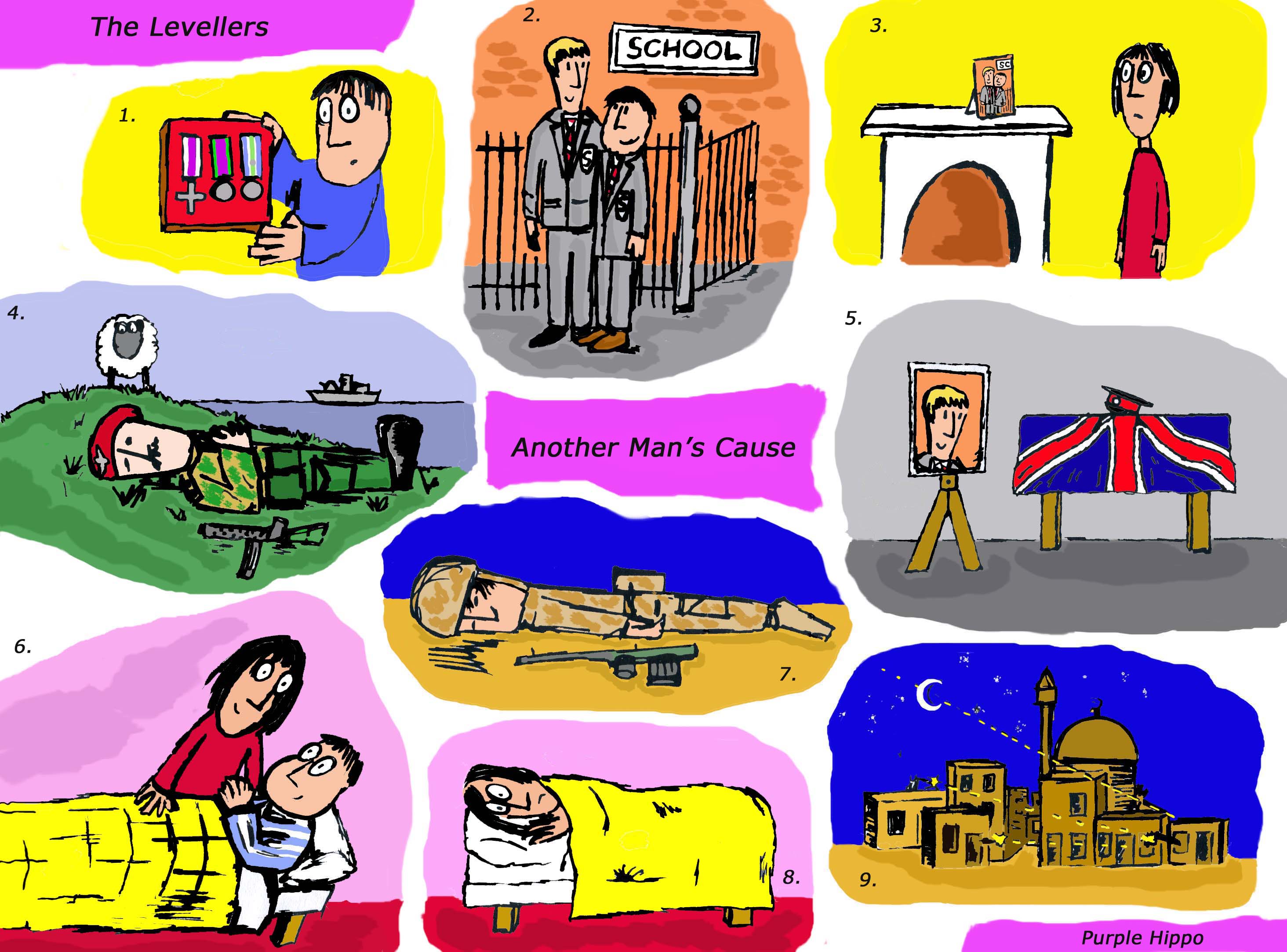 The Levellers – Another Man’s Cause

Well, he’s feeling ten years older
As he’s lying face down on the ground
All the words that are in his head
And all the words his mother said
As she would put him to bed back home

(Chorus)
Your daddy, well, he died in the Falklands
Fighting for another man’s cause
And your brother, he was killed in the last war
And your mother, well, she’s lying home alone

Every day she sees your face
On the picture on the fireplace
With your brother, as he was leaving school
Then a day came five years ago

You said, ‘Mother, I need to know’
And you spoke the words, your brother spoke before
‘I’ve seen the things my Daddy’s done
And I’ve seen the medals that he’s won
And I know that this is what he would have wanted for me’